HOW IS OUR APPROACH UNIQUE?

​We at Classical Historian believe that students should love history, but to love history you have to know and understand it, analyze it, make sense of it, and have strong opinions based on evidence. Someone who is passionate about history will strive to find the truth and express it to others while at the same time be open to new ideas. Our perspective views the history texts, primary sources, and the student as important elements in history education. To become a historian takes training, and Classical Historian educates teachers and students in the tools of the historian and the Socratic discussion then challenges them with open-ended questions. Historical narratives that uphold the traditional view of Western Civilization, morality, tradition, and justice are now in our culture unique. They are the norm at Classical Historian. Our texts and method not only teach history but the best way to interact with others. Whether your students are home schooled, in charter or private schools, or in traditional public school classrooms, teaching history with The Classical Historian will form students with a passion for the truth and learning.

Liberty and The United States of America
Classical Historian is devoted to teaching the story of liberty throughout history. Liberty means at least two things: having freedom to and having freedom not to. A goal of liberty is to provide maximum development of an individual’s capacity to be human, to love, to think, to choose to be charitable, to believe in God and follow a religion or not to, to start and run a business, to have a family or to choose not to. It is the freedom an individual has to live his life to its full potential. The story of liberty is as old as the human race, and for much of our world’s history, including today, the great majority of people have not lived in liberty. Only recently, within the last few hundred years, have some people enjoyed a great deal of this freedom.

The American Founding Fathers defined liberty in the American founding documents, the Declaration of Independence and the Constitution. Like John Locke before him, Thomas Jefferson believed liberty rested on the principles that “all men are created equal,” and “that they are endowed by their Creator with certain unalienable Rights, that among these are Life, Liberty, and the pursuit of Happiness.” The founders believed that the rights of Americans rested on the idea that the Creator formed man with rights that no government had the authority to remove. God existed as the authority above government, above man, and the government was always subject to uphold and defend the rights given to man by the Creator. Jefferson and the other Founders fought Great Britain to establish a limited government so that individuals would have maximum freedom.

In the Constitution, liberty is defined in the Bill of Rights, the first ten amendments. The First Amendment guarantees the right to free speech, freedom of the press, religious freedom, and the right to assemble. The founders were very concerned about freedom of political speech, meaning the right to campaign or financially support the candidate of one’s choice without limitation. They wanted to make sure that government would never become so strong that it would limit Americans’ ability to participate in politics. Regarding freedom of religion, the founders wanted to make sure the government would not enforce a state religion, however, at the same time, they wanted Americans to never be limited in their practice of religious worship. There are other important rights in the first ten amendments, such as the right to bear arms, and the right to be free from unreasonable searches and seizures. However, the main point of the Bill of Rights was to make sure that government would never take away the liberty of Americans.

American students (and many adults) do now know the history of their own country and do not know the meaning of the founding of the United States of America. There is a lack of publishing companies serving the k-12 community to fill this need. The Classical Historian is answering this call.

Virtue and the Socratic Discussion
The Classical Historian is dedicated to promoting virtue, which is defined as behavior showing high moral standards. The teacher can nurture virtue in many ways. The teacher can simply smile at each student and welcome them to class, or a home school mom can do the same to her child, and in so doing promote positive thoughts and actions.  One of the key methods we use to promote virtue is the Socratic discussion history. Students learn how to form historical judgment in history, express his ideas among their peers or in front of the parent, and then listen to other ideas and respond intelligently. Any observer of American politics or media will note the great lack of civil discussion in our society. In teaching students how to discuss history, we are promoting the habits of listening, evaluating, treating others with respect, and searching for the truth. ​ 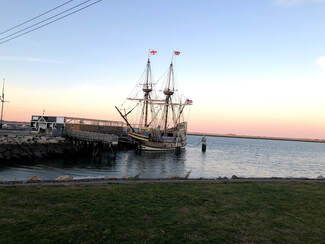