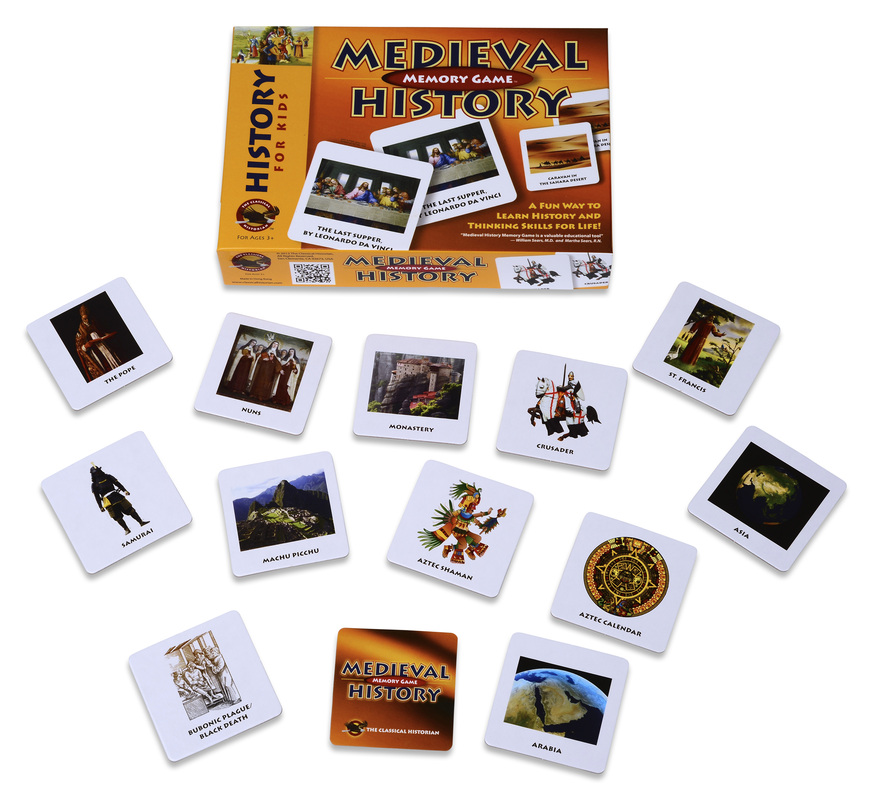 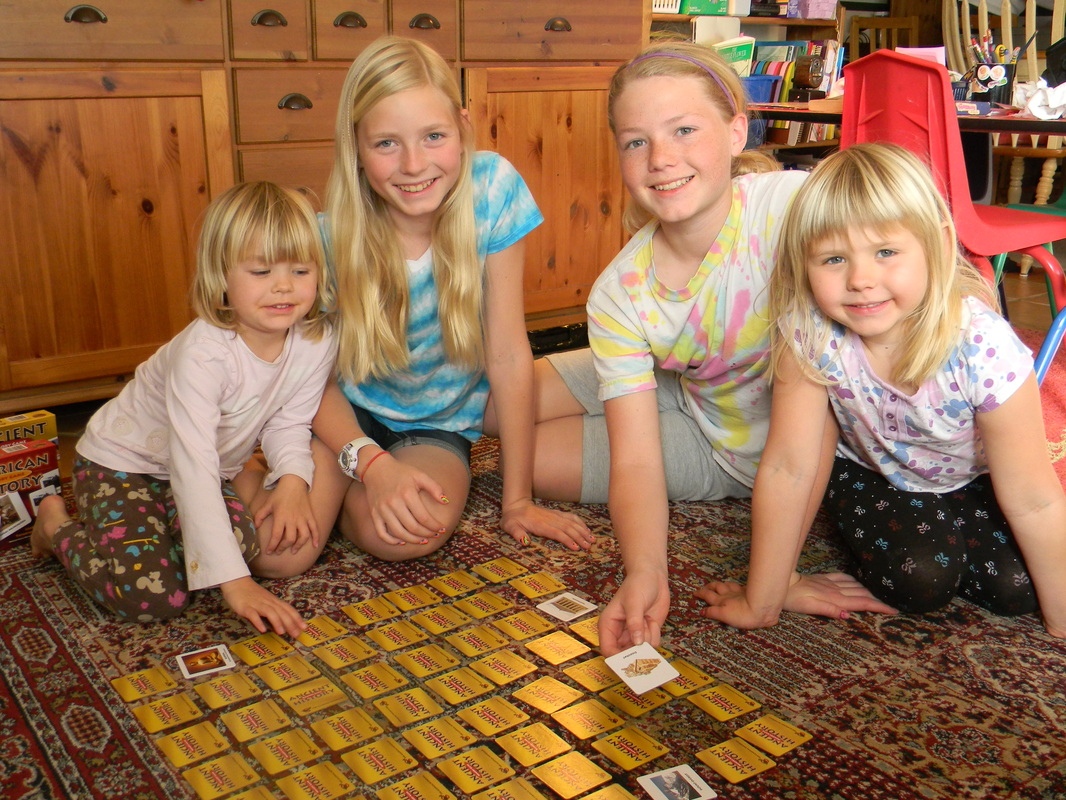 Short History of Events and People Found in our Medieval Games

King Alfred the Great: This English King ruled the Anglo-Saxons from 871-899. During his reign, he successfully repelled an invading Viking force and solidified his control over England. He could read and write Latin and English, and because of this the British made him their only leader called ‘Great.’

Vladimir the Great (958 – 15 July 1015): Revered as a Saint, Vladimir was the first Christian prince of Russia, converting from paganism. He then spread Christianity throughout Russia, ending the Varangian period of Russia’s history.

Saint Wenceslaus (907–935): Wenceslaus was a Christian Bohemian duke at a time when paganism reigned in central Europe. His pagan brother, Boleslav, murdered Wenceslaus at the doors of a cathedral.   Wenceslaus was declared a martyr and patron saint of Bohemia.

King Don Pelayo (685 – 737): Don Pelayo is the first Christian Spanish King. He began the Reconquista, the re-conquering of the Iberian peninsula from the Moors, with his victory at the Battle of Covadonga.

Drawbridge: A major part of any castle’s defense system, the drawbridge was used to cross the moat. Due to this arrangement, guards could easily monitor traffic in and out of the castle, and if the castle was under siege, the drawbridge would be raised, making entrance impossible.

Castle Tower: Castle Towers were used as strategic, fortified lookout points by armies. Acting almost like miniature forts, they allowed kingdoms to have warning systems in case of enemy attacks.

Chapel: The chapel was a small church within a castle where commanders and soldiers could pray before battle, and where the royal family prayed and held mass. Due to strong religious fervor, chapels were usually decorated with the finest materials that the king had to offer.

Moat: The moat surrounded the castle walls, acting as a physical barrier to any attacks. It was a deep ditch, filled with water to trap enemy soldiers. The drawbridge was the only way across, and when the bridge was up, the castle was an island.

Oasis: This desert habitat was necessary for survival in arid climates. An oasis is a lake in the desert, usually surrounded by trees and animals, which are hard to find elsewhere.

Bedouin: The Bedouin are a tribal people who live in the Arabian desert. Bedouins are nomadic, herding and fishing to stay alive in the hot and dry desert.

Caravan in the Sahara Desert: The Caravan was an incredible business venture. Traders, usually Arabs, would group together for protection against bandits and carry precious cargo, often exotic silks and spices, for hundreds of miles, across deserts, to reach European hands.

Mosque at Djenne, Africa (c. 1200): Built entirely out of adobe, or mud bricks, the Great Mosque at Djenne was an African engineering marvel. It was a place of prayer for Muslims for hundreds of years.

Sir Thomas More (1478-1535): Lord Chancellor of Britain, Sir Thomas More was beheaded for refusing to denounce the Roman Catholic Church and recognize the Church of England and King Henry VIII as its head. More was also famous for his book, Utopia, which influenced later writers such as Karl Marx.

Robin Hood: Made famous by popular culture, Robin Hood is a heroic character in English folklore. According to many legends, he was an expert archer who lived with his Merry Men in Sherwood Forest, robbing from the rich to give to the poor.

Pope Leo and Attila the Hun: The 5th Century conference between pope and pagan resulted in Rome not being sacked by the Huns, even though the Huns sacked the rest of Rome and much of Europe.  Nobody recorded this conversation.

Joan of Arc (1412-1431): This peasant teenager believed the voices of saints told her to command the French against the British in the Hundred Years’ war.  She led the French army and enabled the French Crown Prince (Dauphin) to be declared king.  Troops loyal to the British captured her, and she was burned at the stake as a heretic.  Centuries later, she was declared a saint.

Coat of Arms: Used as a symbol of nobility, the Coat of Arms was an identifying piece of cover armor. Soldiers decorated their arms with symbols of their family and region.

Joust: Jousting was an equine sport that was played by the nobility and is one of Medieval Europe’s most well-known sports. It consists of two knights on horseback trying to knock each other off with lances.

Cannon: The cannon was used as a siege weapon (a weapon to blockade or takeover a city).  Asian first developed the cannon, and Europeans began to use the artillery around the 13th century.

Flail with spiked ball: Made of a stick, chain, and spiked metal ball, the flail was used in hand-to-hand combat for hundreds of years. It was a truly fearsome weapon.

King Richard the Lionheart (1157-1199): Possibly the most famous of all the crusaders, King Richard led troops into battle against Saladin, the Saracen king, in the Crusades.  Friends and enemies claimed he fought like a lion.

Crown: A symbol of royal power, the crown was adorned with gold and jewels and worn on the head of kings and queens.

Castle: Castles dotted the landscape of medieval Europe. Constructed over decades, they were made of stone, and usually commanded a mountaintop for further safety.

Charlemagne (742– 814): Charlemagne, which means ‘Charles the Great,’ was the first Holy Roman Emperor. He unified Europe during his reign, winning countless battle, converting thousands to Christianity, and establishing universities.  He commanded obedience and punished non-Christians with execution.

Samurai: Samurai were elite Japanese soldiers who followed bushido, the way of the warrior. Taught to uphold honor above all else, Samurai were known for Seppuku, the practice of suicide and honorable death instead of defeat. Samurai followed the teachings of Zen Buddhism.

Crusader (11th-13th centuries): The Crusader was a Christian warrior who travelled across Europe to fight Muslims in Jerusalem and retake the Holy Land from the Muslims who conquered it from the Christians. Many wore the cross on their armor.

Mongol: Mongols were nomadic horse-people of Asia that built up the largest empire in the world through their proficient and ruthless tactics. Famous Mongols included such great rulers as Ghengis and Kublai Khan.

Viking: These fierce raiders lived in Northern Europe and carried out attacks as far south as Italy. Fervent followers of their god Thor, these Norsemen were feared all across Europe.

Martin Luther (1483-1546): When he nailed the 95 Theses to the door of the Wittenberg church, Luther started a religious and cultural revolution known today as the Reformation. Preaching that “Faith Alone” could save, Luther criticized the Catholic Church’s reliance on Tradition, as well as the practice of selling indulgences.

Crescent and Star: This is an ancient set of symbols that came to be the primary symbol of Islam over the centuries.  Elements of these symbols were often used by the Caliphates, which were Muslim empires that ruled Arabia.

St. Francis of Assisi (1181-1226): St. Francis reformed the Catholic Church so that it served the poor.  He was known for his humility, poverty, and love of animals. He founded three religious orders, the most famous of which was composed of itinerant (traveling) preachers that roamed the land to spread the Christian faith.

Buddha (c. 5th century B.C.): The Buddha, or the enlightened one, was an Indian sage. Born Siddhartha Gautama, the son of an aristocratic family, he preached moderation between the extremes of sensuality and asceticism. Buddhism, now followed by billions, was founded on his teaching, and uses meditation to reach the mystical state.

Cathedral of Pisa: Known for its leaning tower, the Cathedral of Pisa (built 1063-1350) is one of Europe’s most famous churches. Built in the Romanesque style, the cathedral was immortalized by Galileo’s experiment to prove that mass does not affect gravity.

Cathedral of Notre Dame: The Notre Dame de Paris (“Our Lady of Paris”) is devoted to the Virgin Mary, and with its towering height is one of the greatest examples of Gothic architecture in the world. It was built from the 12th through the 14th centuries.

Mosaic of Virgin Mary and Jesus: The Virgin Mother holding the child Jesus is one of the most popular topics of medieval mosaics. The mosaic was made of small pieces and was often very colorful, with gold typically signifying divinity.

The Last Supper: Leonard Da Vinci’s 15th century mural depicts the last meal of Jesus and his disciples before the crucifixion.  Da Vinci painted the disciples reacting to Jesus’ words that one of them would betray Christ.

Sistine Chapel: The ceiling of the Sistine Chapel is recognized as one of man’s greatest works of art. Michelangelo painted the chapel in the 16th century. In addition to the incredible ceiling fresco, the walls of the chapel were also decorated with paintings by Botticelli, among others.

Mona Lisa: The Mona Lisa is perhaps the most famous painting of all time, because of the mysterious smile. Painted by Leonardo Da Vinci (1452-1519), the smiling lady now resides at the Louvre museum in Paris.

Quetzalcoatl Temple: This is the greatest Aztec Temple and was built in A.D. 2nd century. Quetzacoatl was a feathered serpent deity to which the Aztecs offered human sacrifices as worship.

Maya Calendar: The Maya Calendar was inscribed on a round stone tablet. It was one of the Ancient World’s most accurate calendars and used by farmers to help with planting and harvesting crops.

Maya Pyramid: Maya Pyramids were an integral part of Maya culture. They were the site of religious observances, and are evidence of considerable cultural organization.

Machu Picchu: Machu Picchu was the secret city of the Inca Indians and is located high in the Andes mountain range. The city was abandoned around the time of Spanish conquest, and remained unknown until the early 1900s.

The Caravel: The caravel was a popular ship type during the medieval period, and was used by Columbus during his expeditions. It was a sturdy and reliable ship and built for long ocean travel, compared to previous models.

Chinese Compass: The compass was an important technology that the West acquired through trade with China. It allowed travelers to determine their direction by showing the location of the north and south poles.

Astrolabe: Used by seamen at night, the astrolabe was a device that could be used to determine location based off of the position of stars. This allowed sailors to sail beyond the sight of land and to discover faraway lands.

Trebuchet:  The Trebuchet used a system of counterweights to fire giant rocks into city walls, turning stone into rubble.  It was one of Europe’s greatest siege weapons.