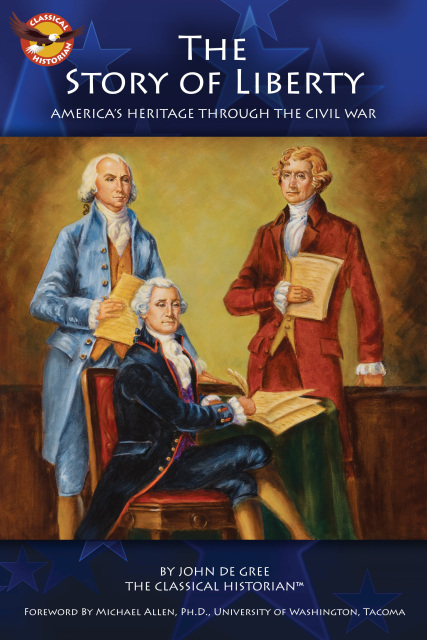 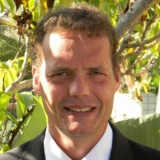 SKU: 309
$99.00
$99.00
Unavailable
per item
Add to Cart
<
>
Each online video course contains short, succinct video lessons and onscreen text lessons that can be studied online. At the end of each unit is a test. To pass the test, the student needs to score a 75% or better. The student may continue to the next unit only when he passes the test. All of the information on each unit test is contained in the videos and onscreen text and map lessons. At the successful completion of the course, including passing the final test, the student receives a Completion of Course certificate.

Materials: There are no other required materials to purchase. However, keep in mind that the online class does not come with lessons that can be printed. For printed materials, see our curriculum The Story of Liberty.

How does it work?
Within 48 hours of purchase of a course, the parent receives a username and password via email. The student then logs in and begins. After a student watches and studies all lessons in a unit, the student takes the unit test. If the student passes the test with a score of 75% or better, he may continue with the course. If the test is not passed, the student needs to study more and retake the test before continuing with the course.
Introduction: American History and the Story of Liberty
This curriculum is the story of liberty, specifically as it relates to American history. It traces the influence of ancient and medieval civilizations on the establishment and development of the United States of America through the Civil War. It is written with the hope that young Americans will appreciate the uniqueness of America as a leader of liberty. It is these young people who are called to further the cause of liberty within our country and throughout the world. The Story of Liberty is the anti-revisionist American History program.

Table of Contents:   (Preface, and Introduction see below)
Preface, by Michael Allen, Ph.D., University of Washington, Tacoma
Introduction
Unit One  America’s Ancient Heritage
Introduction
1. The Fertile Crescent
2. The Greeks
3. The Roman Republic
4. Western Civilization
Unit Two  America’s Medieval Heritage
Introduction
5. The Age of Barbarians
6. Civilizing Europe
7. Foundation of European Kingdoms
8. Development of Liberty in Medieval England
9. The Crusades
10. The Age of Exploration and Christopher Columbus
11. The Reformation and the Enlightenment
Unit 3  European Colonization of America
Introduction
12. Native Americans
13. Spanish and French Colonies in America
14. Founding of American Exceptionalism: Jamestown and Plymouth Plantation
15. American Exceptionalism Takes Hold in the English Colonies
16. Life in the English Colonies
17. Southern Colonies
18. New England Colonies
19. The Middle Colonies
20. Early Indian Wars
Unit IV  Founding of the U.S.A.
Introduction
21. Early Causes of the American Revolution
22. Land Regulation, Taxes, and Conflict
23. Moving Toward War
24. The Beginning of the American Revolution
25. The Declaration of Independence
26. Defeat, Surprise, and Survival
27. The Articles of Confederation, 1777-1789
Unit V The Constitution
Introduction
28. The Making of the American Constitution
29. Principles of the Constitution
30. Individual Rights
Unit VI  Era of the Founding Fathers, 1787-1825
Introduction
31. Ratification of the Constitution
32. The American People
33. Father of the Country
34. Presidency of John Adams (1797-1801)
35. The Supreme Court, Judicial Review, and Capitalism
36. Presidency of Thomas Jefferson (1801-1809)
37. Presidency of James Madison (1809-1817)
38. The Era of Good Feelings
39. American Spirit and Industry in the Free North
40. Railroads, the Post Office, and the Politicization of News
41. The Missouri Compromise
Unit VII  The Beginning of Big Government, 1825-1836
Introduction
42. The Election of 1824 and the Presidency of John Quincy Adams
43. The Age of Jackson (1828-1835)
Unit VIII  Empire of Liberty or Manifest Destiny, 1836-1848
Introduction
44. Change in America: Industrialization, Religion, and Social Change
45. Education in Early America through the Civil War
46. The Southwest and the War for Texas Independence (1835-1836)
47. Presidencies of Martin Van Buren (1837-1841), William Harrison (1841), and John Tyler (1841-1845)
48. Presidency of James K. Polk (1845-1849) and the Mexican-American War (1846-1848)
49.  The California Gold Rush and the Oregon Trail
Unit IX  Sectionalism
Introduction
50. The South
51. The North
52. Life in the West
53. Immigration
Unit X  The Slavery Crisis Becomes Violent, 1848-1860
Introduction
54. Political Instability and the End of Westward Expansion
55. The Decade Preceding the Civil War
56. Abraham Lincoln
Unit XI  The Civil War
Introduction
57. The Election of 1860
58. Secession and the Confederate States of America
59. Fort Sumter and the War on Paper
60. Bull Run and the Beginning of the War
61. Growth of Government
62. The Emancipation Proclamation
63. Hard War
64. Unconditional Surrender Grant and Lincoln’s Reelection
65. The End of the War and the Assassination of Abraham Lincoln
66. Winners, Losers and Lasting Changes

Preface and Introduction
Preface by Mike Allen, Ph.D., University of Washington, Tacoma 2017
Young American history students and their teachers have long yearned for a book like the one you now hold in your hands. John De Gree’sThe Story of Liberty, From America’s Heritage through the Civil War, is a well-researched, ably-written, and sensible depiction of American history from the founding through the Civil War. What do I mean by “sensible”? Simply this: John relates the truth about the American past by telling about our many good qualities and accomplishments as well as the setbacks our nation has endured during its long history. Few books as good as this one have been published for young readers. At last we have a new, up-to-date book suitable for American middle school and high school history students.

When Larry Schweikart and I first published our #1 New York Times best-selling book, A Patriot’s History of the United States, we succeeded in filling a similar void existing in college-level American history books. Larry and I have often said that American history is not the story of, to use an old folk saying, a “half-empty cup.” Indeed, we argued that the American cup was nearly full. Americans have made great mistakes, but they have also done much that is good. American patriots in 1776 created a democratic republic governed by ordinary citizens at a time in history when absolutist monarchs ruled most of Europe, all-powerful Czars, Emperors, and Shoguns tyrannized Russia and the Far East, and some Middle Eastern and North African monarchs claimed divine authority and direct links to God. While it is true that Americans allowed the enslavement of African-American people, they ultimately fought a bloody war that ended slavery forever. While American soldiers killed native Indians and pushed them westward onto reservations, American diplomats signed legally binding treaties that those Indians’ descendants use to their great benefit in courts today.   And while there has been poverty and suffering in our country’s history, it pales in comparison to that of the rest of the world. It is no accident that, for over 400 years, millions of foreigners have yearned and sought to become Americans.

John De Gree tells about this and much more in The Story of Liberty, From America’s Heritage through the Civil War. He traces our nation’s past from the time of the Pilgrims through the Colonial era and the American Revolution. He explains Jeffersonian and Jacksonian politics and the critical events leading to the Civil War. And he narrates the military and political history of that pivotal conflict. John has a unique way of telling the story of the United States.  He places special emphasis on America’s place in the history of advancing Western Civilization.  He begins with our classical roots and ties to ancient Hebrew, Greek, Roman, and Western European institutions. Just as importantly, he accurately weaves the story of Christianity and Christian values into the American story.  No truthful history of the United States of America can ignore this vital religious element.
​
I first met John De Gree nearly a decade ago when we collaborated on curriculum for the growing number of homeschool, charter, private, and public school students who utilize his Classical Historian method. I remain impressed with his intellect and work ethic, and the range of exciting, effective tools he offers modern students of American history and their teachers. I am confident The Story of Liberty, From America’s Heritage through the Civil War, will become a very successful textbook in educating a future generation of American patriots.

The American Mini-Bundle - On Sale

The Story of Liberty, America's Ancient Heritage Through the Civil War

The Story of Liberty, America's Ancient Heritage Through the Civil War Student Book 1

The Story of Liberty, America's Ancient Heritage Through the Civil War Teacher Book 2

The Story of Liberty, America's Ancient Heritage Through the Civil War Teacher Book 1

The Story of Liberty, America's Ancient Heritage Through the Civil War Student Book 2

The American Mini-Bundle - On Sale

$38.97
Shop
The Story of Liberty Review from the author of A Patriot's History of the U.S.A.!
Larry Schweikart:    In John DeGree's The Story of Liberty, written for ages 11 to young adults, America's foundations are traced from the Hebrews and the Judeo-Christian religious traditions to the Greco-Roman political traditions to the establishment of government in the English colonies in America. The Story of Liberty highlights---often with primary source documents such as the "Mayflower Compact" the first Thanksgiving Declaration, a section from the account of Paul Revere's ride---fleshes out the narration with easily-readable charts on such things as the differences between Republicans and Federalists or the size of early American cities.The book ends with Lincoln's assassination, and a second volume from 1865 to the present is planned. Loosely based on A Patriot's History of the United States by myself and Michael Allen (who did the foreword), The Story of Liberty strongly integrates the timeless principles of the sanctity of life, freedom of choice, government by representatives, trial by jury, division of power in government, and more. Strongly recommended.
​
Larry Schweikart, Ph.D., is co-author of #1 NY Times bestseller, A Patriot’s History of the United States of America, numerous top selling history books, and is a film producer of history documentaries.

​“John De Gree has a unique way of telling the story of the United States. He places special emphasis on America’s place in the history of advancing Western Civilization. He begins with our classical roots and ties to ancient Hebrew, Greek, Roman, and Western European institutions. Just as importantly, he accurately weaves the story of Christianity and Christian values into the American story… John relates the truth about the American past by telling about our many good qualities and accomplishments as well as the setbacks our nation has endured during its long history…Young American history students and their teachers have long yearned for a book like the one you now hold in your hands.”

—Michael Allen, Ph.D., co-author of  the #1 New York Times best-selling book, A Patriot’s History of the United States.  Professor at the University of Washington, Tacoma and Editor of The Story of Liberty, America's Heritage Through the Civil War